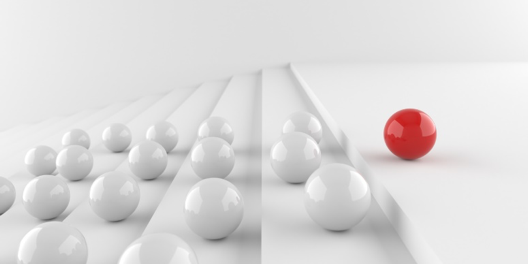 When I became a supervisor for the first time many years ago — I was bombarded with a lot of advice.  Some of it was valuable, and some of it wasn’t.  Two pieces of advice that I really found useful were:

As a new supervisor, I quickly learned that there were some issues that needed to be addressed—and some that didn’t. The skill was in knowing which were which.  It’s so easy, especially when you are a new supervisor, to micromanage your staff.  I began asking myself—is this issue REALLY important?  Is it a battle I need to engage in?  If so—deal with it.  If not—let it go and focus on the battles I did need to handle.

Quick example — I had an employee that turned in their work in a different format than the standard way.  Was it quality work? Yes.  Was it timely?  Yes.  Was it easy to follow and understand?  Yes.  Did the different format impact other users of that work in a negative way?  No.  The prior supervisor had made this a big issue.  I decided this wasn’t a battle I needed to fight.  I let it go.  PS—Eventually the entire unit began using the different format because it was a little easier to complete the work!

This sort of goes with the above “Pick Your Battles” advice comment. If you identify an issue that IS really important — even if it is a small problem initially—deal with it right then before it becomes a big flaming issue later.

Example — My department was putting a priority on Customer Service.  As I walked through the unit one day, I overheard one of my staff on the phone—and the tone and words I was hearing wasn’t matching my definition of customer service.  I was really busy at that moment — didn’t want to get sidetracked—but I decided that I should deal with this situation on the spot.  I found an empty conference room and the employee and I had a chat.  I didn’t handle it perfectly—I got better at these type of conversations with experience — but by the end of the conversation the employee understood that the words and tone being used needed to change.

He didn’t realize how he was coming across on the phone.  No supervisor had ever discussed this with him before — nobody had wanted to take the time to deal with it!  Our discussion allowed a “teachable moment” because we went over better ways to approach his future phone conversations.  Almost immediately customer complaints and concerns about this employee dropped substantially.  By taking a few minutes of time upfront—I SAVED a lot of time on his and my end later.  Win/Win!

In my 29 years with the State of California—13 years as an employee, and 16 years as a Supervisor, then Manager, and finally Regional Manager—I had both “bosses” and “leaders” that I reported to.  In future blogs we’ll discuss the differences between those words—in the meantime remember that by “Picking Your Battles”  effectively, it will allow you to  “Deal With Small Problems Early” which could “Prevent Big Problems Later.”

Don Franceschi is the author of the Amazon Best Seller, FROM AWFUL TO AWESOME: 9 ESSENTIAL TOOLS FOR EFFECTIVE PRESENTATIONS. Don recently retired after 29 years with the State of California, where he developed, tailored, and delivered multiple “Effective Presentations and Public Speaking” classes throughout California for his department. An avid Toastmasters member, Don’s goal is to save the world — one presentation at a time!