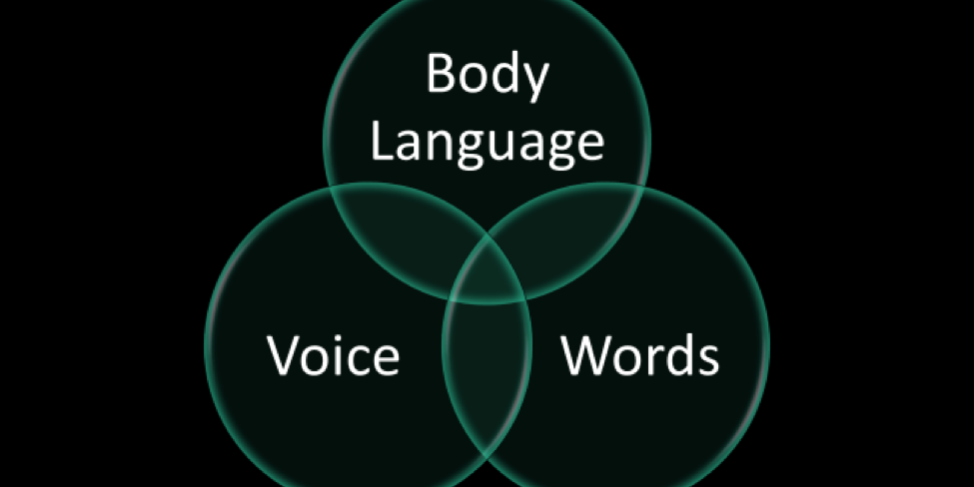 As mentioned in a prior blog post, there are generally three components to how we communicate with others—our BODY LANGUAGE, our VOICE, and our WORDS.  We have already focused on the critical BODY LANGUAGE component of Eye Contact.  Let’s now shift the focus to “how we say what we say”—our VOICE.

A common problem that many presenters have is that they speak too rapidly.  It makes sense if you think about it—many speakers suffer from speaker anxiety, and in their minds if they speak faster they can get off the stage quicker.  However, our goal shouldn’t be to minimize our time on stage, but to maximize our effectiveness while on stage.  Does that make sense?  Unless you are an auctioneer, speaking faster doesn’t equal speaking more effectively—in fact it usually has the opposite effect.  Have you ever sat through a presentation where the speaker DID speak like an auctioneer?  Wasn’t it difficult to follow what they were saying?  Here’s a general rule of thumb—if you are speaking so rapidly that your AUDIENCE is feeling exhausted and out of breath—then “Houston, we have a problem!”  There IS a solution to that problem—remember this simple phrase—“PAUSES ARE POWERFUL!”   (Pause. . . . . . . . . . . . .)

Let me repeat that—“PAUSES ARE POWERFUL!”  Let’s look at some of the benefits of pausing:

Have you heard the phrase, “silence is golden”?  When it comes to speaking, it can be.

Don Franceschi is the author of the Amazon Best Seller, FROM AWFUL TO AWESOME: 9 ESSENTIAL TOOLS FOR EFFECTIVE PRESENTATIONS. Don recently retired after 29 years with the State of California, where he developed, tailored, and delivered multiple “Effective Presentations and Public Speaking” classes throughout California for his department. An avid Toastmasters member, Don’s goal is to save the world — one presentation at a time!